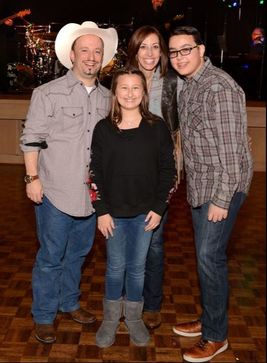 Rabbi Ari Sunshine   joined Congregation Shearith Israel in July 2017 as Senior Rabbi, bringing with him his passion for community building, outreach and engagement, for teaching Torah in many different settings, and his love for Israel. Previously, Rabbi Sunshine served as Rabbi of B’nai Shalom of Olney, Maryland from November 2006 to June 2017. From 2013 to 2016 he participated in the Shalom Hartman Institute’s Rabbinic Leadership Initiative and graduated as a Senior Rabbinic Fellow. During his tenure in Maryland, Rabbi Sunshine also served as the President of the Greater Olney Interfaith Ministerium and as the President of the Washington-Baltimore Region of the Rabbinical Assembly. Rabbi Sunshine currently serves as the President of the Rabbinic Association of Greater Dallas.

Rabbi Sunshine has extensive experience working at Camp Ramah in Ojai, California, and leading USY Israel Pilgrimage and USY on Wheels groups. He received his M.A. and rabbinic ordination from the Jewish Theological Seminary in the spring of 2002. From July 2002 until November of 2006, Rabbi Sunshine served as the Associate Rabbi of Temple Israel in Charlotte, North Carolina.

Rabbi Sunshine and his wife, Jennifer, have two children, Jonah and Elana. He roots (usually in vain) for the Baltimore Orioles and a host of other perennially underachieving Washington D.C. area college and professional sports teams ... except for  his beloved Stanley Cup Champion Washington Capitals!

P.S.  -  ask him about his trip to the series-clinching game!

Rabbi Adam Roffman is a proud Schechter alum, a graduate of Amherst College with a degree in Political Science, and Circle in the Square Theatre School with a certificate in Musical Theatre Performance. He began his rabbinic education at the Conservative Yeshiva in Jerusalem. Before coming to Dallas, Rabbi Roffman served as the Rabbinic Fellow at B’nai Jeshurun in Manhattan, where, in addition to his pulpit responsibilities, he was a teen educator, oversaw the conversion process for adults and children and taught a year-long Introduction to Judaism class.

Born in Baltimore to two extraordinary educators, Rabbi Roffman takes seriously the responsibility to educate the next generation of Jews in topics as diverse as developing a spiritual practice to integrating the arts and rabbinic texts. Rabbi Roffman graduated with a Masters in Talmud from the Jewish Theological Seminary where he was awarded the The Rabbi Max Gelb Memorial Prize in Talmud and the Israel H. Levinthal Prize in Homiletics.

Rabbi Roffman is married to Rabbi Shira Wallach. They are enjoying parenthood with daughters Hannah and Rebecca and look forward to introducing the girls to the joys of dog parks, theaters, concert halls, and baseball stadiums. 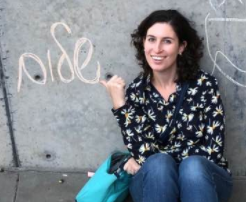 Rabbi Shira Wallach   was born in Tampa, Florida, into a home that valued and celebrated Jewish life and learning. Her parents instilled in her a deep love for her history, people, and traditions, as well as an eye toward creativity and innovation. With their encouragement and support, she spent ten summers at Camp Ramah Darom and led her USY subregion and region.

She received rabbinic ordination and a Master’s degree in sacred music from the Jewish Theological Seminary in May 2013 after earning undergraduate degrees in Psychology and Bible from Barnard College and JTS’s List College, respectively. For her graduate work, Rabbi Wallach was awarded the Ismar Elbogen Prize in Talmud and the Morris Silverman Prize in Liturgy.

At Shearith Israel, Rabbi Wallach focuses on growing the young family community through the Shababa Approach (created by Karina Zilberman), which emphasizes accessibility, connection, and celebration. She also creates new portals to prayer for all ages, is a powerful pulpit presence and teacher of Torah, trains and empowers new leaders, and shepherds families through moments of sorrow and joy.

Rabbi Wallach is married to Rabbi Adam Roffman and they are proud parents of two beautiful daughters, Hannah and Rebecca, and a Goldendoodle named George. She loves singing, dancing, playing guitar, and the Great British Bake-Off. 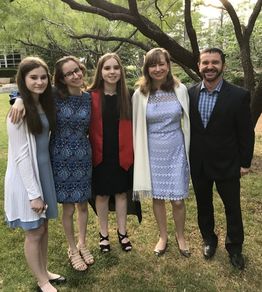 Hazzan Itzhak Zhrebker has been Hazzan of Congregation Shearith Israel, where he has lead the B’nai Mitzvah and Music programs since 1996. Hazzan Zhrebker is known for his breathtaking voice and musical talent. As a child prodigy, he began studying and singing professionally at the age of six. His parents recognized his musical and vocal talents early on and encouraged him to pursue a career in music.

​Hazzan Zhrebker studied under the direction of Hazzan Naftali Herhtick, Hazzan I. Eshel and Hazzan Louis Danto, and he received concentrated cantorial education from Elli Jaffe, the musical director of the Great Synagogue of Jerusalem. He earned his Master’s degree in voice coaching, choir conducting and solo performance from Odessa City Academy of Music. He has a full operatic voice and has mastered Verismo and Belle Canto techniques.

In addition to his beautiful singing voice, Hazzan Zhrebker is a conductor, an arranger and a composer. His vocal debuts have included songs in Hebrew, Yiddish, Russian, Italian, French and English.

Prior to his appointment as Hazzan of Congregation Shearith Israel, Hazzan Zhrebker performed as a soloist for the Jewish Musical Drama Theater. He has also served as guest cantor for various synagogues around the world. During his six years in Israel, Hazzan Zhrebker performed with the New Israeli Opera. His professional credits include performing as a solo vocalist in concerts in Canada, Israel and the United States. In addition, Hazzan Zhrebker has taken part in several radio, television and movie productions. Hazzan Zhrebker has performed with the Walden Piano Quartet, Russian Ensemble Kalinka, String Trio Les Amis, Marvin Hamlisch, the Dallas Symphony Orchestra, and the Dallas Opera and the cast of Tales of Hoffmann.

Hazzan Zhrebker has recorded numerous albums for the congregation and wide audience. Through outstanding music programs, his work with adult and youth choirs, and his innovative approach to High Holy Days and Shabbat melodies, Hazzan Zhrebker has brought a new spirituality to prayer at Congregation Shearith Israel.

Hazzan Zhrebker is married to Dr. Leah Zhrebker, and they have three wonderful daughters, Liora, Hannah and Devorah, and son-in-law Ariel Kagedan
​
Please click HERE to see details about all the music programs Hazzan Zhrebker directs at Shearith.

Please click HERE for details about B’nei Mitzvah preparation at our shul, which is also led by Hazzan Zhrebker

Avi Mitzner, Ritual Director and Cemetery Director, was born and raised in New York. Avi has always had a love for Jewish learning and is a graduate of Yeshiva University. Avi came to Shearith Israel from Baltimore, where he attended law school and started a business. During his time in Baltimore, he became the Torah Reader for Beth El Congregation and realized his love for Jewish communal work and shul life.

Avi started working at Shearith in April of 2001, and in the fall of 2021 began studying to become a rabbi. Avi plans to finish his program in December of 2023 and he will stay at Shearith Israel. Earning this degree will allow Avi to be there for Shearith congregants in full capacity at all their lifecycle events, from a bris to a b'nei mitzvah, to weddings, and funerals.

Avi especially enjoys the flow of daily Jewish living and its practices and rituals. He would love the opportunity to greet you at morning minyan. Bringing joy into daily Jewish rituals is his passion.
​
Avi Mitzner is married to Shelley Meyers and together they have raised eight children. He enjoys running, playing guitar, listening to music and baking cheesecakes.